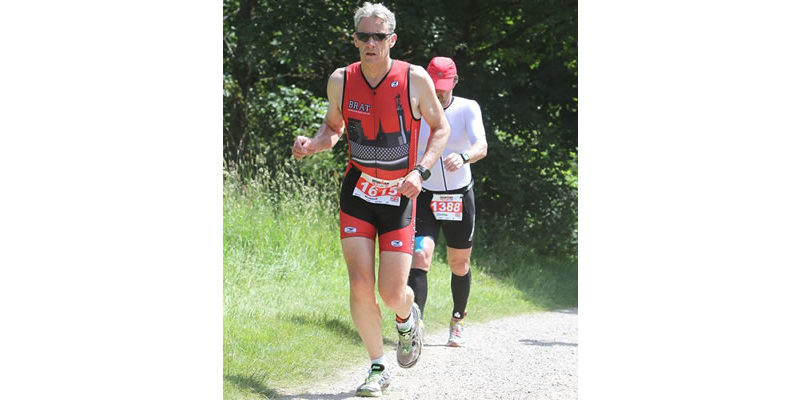 Outside of my orthodontic work, I am a passionate triathlete and with an upcoming triathlon on the Island of Lanzarote, I decided to write a blog about how I am preparing for the day.

Just a few weeks to go until Ironman Lanzarote. I chose to enter this race because it is the closest in conditions to the legendary Kona Ironman World Championships.  Lanzarote is volcanic and as a result the terrain tends to be very hilly.  To sum up the race, the sea is rough with strong currents, the bike course is windy and hilly (2.5km of ascent) and the run is usually in 32-degree heat on the sea front.  This makes it one of the most challenging Ironman courses in the world.

Training for any event of this kind takes planning and I usually work on a 30-week cycle building from 2 hours of each discipline (swim, bike and run) per week and build up the cycling to 10-12 hours (usually above 200 miles) and about 6 hours of running (approx 40 miles) each week.  Once the highest volume of cycling is reached, I start to add some intensity, this can be cycling with high Wattage measured on a Watt Bike, or sessions in high gears to mimic hill climbing.  Now that the weather is improving I am going out looking for hills to cycle up.

I aim to do some open water swimming for the last weeks leading up to the race.  This year I had to start the open water swimming in April and while this was chilly, at least I was able to use the earlier heat wave to get my 20-mile run in on the hottest day during April. I am now starting to ‘taper’. Taper is when you reducing the volume of training but further increasing the intensity of some sessions.

I am hoping to enjoy the day but it is difficult to know how well I will get on because I am not a natural hill climber on the bike.  The rough sea swim however, should play to my strengths because it means that I will be able to get onto the bike course quickly and take advantage of the reduced wind conditions earlier in the day.  The run will be the most difficult part of the day because of tired legs coming off the 112-mile bike course covering the hills.  Fluid balance and nutrition will play a big part on how the race will play out.

In the weeks leading up to the race I try to ensure that I am eating well and enjoy fruits and berries and natural yoghurt for breakfast and for other meals during the day, butternut squash, quinoa, salads etc play an increasing role.  In the week prior to the event I try to cut out caffeine and fibre.  This means going from brown bread to white bread, no grains and reducing the fruit intake to avoid having too much fibre on board during the day.  If one eats too much fibre pre race, this can cause gut problems during the race.  My last big meal is usually on the day before the race at around 2pm and is usually something along the lines of rice and potato, yes, just plain white rice and boiled potato.  Light snacks in the evening e.g. pretzels are all that I need and especially in a hot country it takes some discipline not to become dehydrated.

The problem with a long race like an Ironman is that the event starts at 7am but there is a lot of prep before the race.  This means waking at 3am and immediately starting to take on board fluids.  I have a light breakfast at around 4am, usually banana, toast and a coffee.  I travel to the bike transition and load my bike with my nutrition usually 1 bottle of plain water and a bottle of gel which means I don’t have anything solid to eat while on the bike, unless I fancy something, such as a banana, from the aid stations (the great thing about an Ironman race is that there is catering on hand for you throughout the day!).  I refill my water bottle at the aid stations and usually aim to have 3-4 litres of water during the bike.

During the marathon, food and drink is on hand at regular intervals and in Lanzarote there will be showers too, for keeping as cool as possible.  There is usually a shower at the swim exit to wash off salt to reduce the risk of burns from the sun.  Orange segments and flat coke are the two things that I tend to go for during the run, while alternating between gels containing either caffeine or electrolytes.  Salt loss can be a major issue in the heat and is one of the most dangerous problems associated with athletes collapsing on the day.

Each year I always change a few things and this year I have done more running and have introduced some strength and conditioning sessions to reduce the risk of injury.  I have also reduced fueling during training because over fueling during races has caused me problems in the past.  Take on too much food during endurance exercise and your digestive system shuts down, leaving you to run the marathon with a gut that is full but because you stop absorbing food, you become hypoglycemic.

I am particularly looking forward to racing this year because my family will join me on the evening and there will be lots of entertainment the following day, including a midnight party with fireworks on the night after race day.