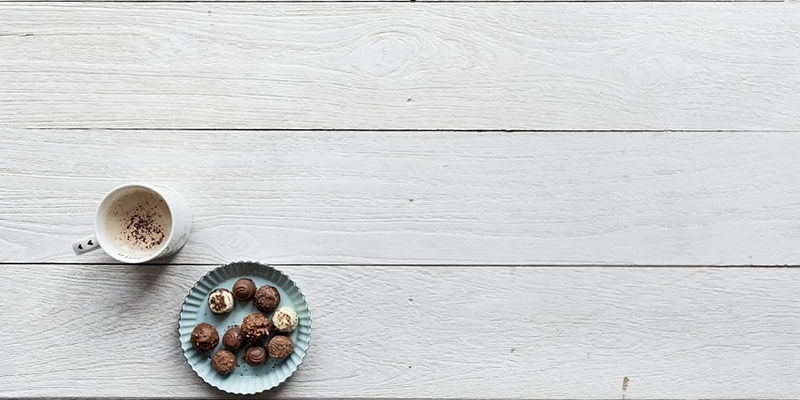 When it comes to your dental health, coffee and chocolate aren’t the best snack options, neither are they the worst. Over the years there have been many discussions about the health effects associated with them. The fact is that if consumed too frequently, chocolate can increase the risk of tooth decay because of the added sugar that it contains and coffee can stain your teeth. It is also noted that caffeine in coffee (and also in chocolate, but less so) can cause anxiousness, insomnia and even increase blood pressure. Yet both are mighty tasty. Coffee has become a firm British favourite in terms of morning routines and chocolate for sweet treat cravings.

Recent research into both coffee and chocolate suggests that it is not just their delicious taste that we can enjoy. According to a scientific analysis undertaken last year and explained in this article, coffee beans contain phytochemicals, which have shown to contain antioxidant and anti-inflammatory properties. Nutritionists, to aid in the prevention of some common diseases, cite a diet containing anti-inflammatory ingredients. Another article, this time from Medical News Daily said that coffee could also help to protect against type 2 diabetes. It goes on to explain that researchers had ‘identified that drinking coffee increases plasma levels of the protein sex hormone-binding globulin (SHBG). SHBG controls the biological activity of the body’s sex hormones (testosterone and estrogen), which play a role in the development of type 2 diabetes’.

Chocolate (namely dark chocolate which contains more cocoa and less sugar) is a much talked about snack within the dental profession. This is mainly because of a piece of research that came out in the early noughties. This old BBC article explains that the research, which was carried out at Osaka University in Japan, found that parts of the cocoa bean- the main ingredient in chocolate, had anti bacterial qualities that had an effect on the mouth when eaten. In turn, it was suggested that these could help protect against plaque and tooth decay. Many blogs and articles have been written in the time since this piece of research came out. It is now widely accepted that a bit of dark chocolate from time to time can actually be quite good for you and your teeth but small amounts eaten too often will cause a great deal of harm to your teeth.

As with coffee and anything indulgent, we would say that it is all about balance and moderation. A little of what you fancy isn’t always a bad thing but remember that when it comes to your teeth, brushing at least twice a day (more often with braces on!) and regular visits to your dentist, is essential to avoid falling into any dental health traps.