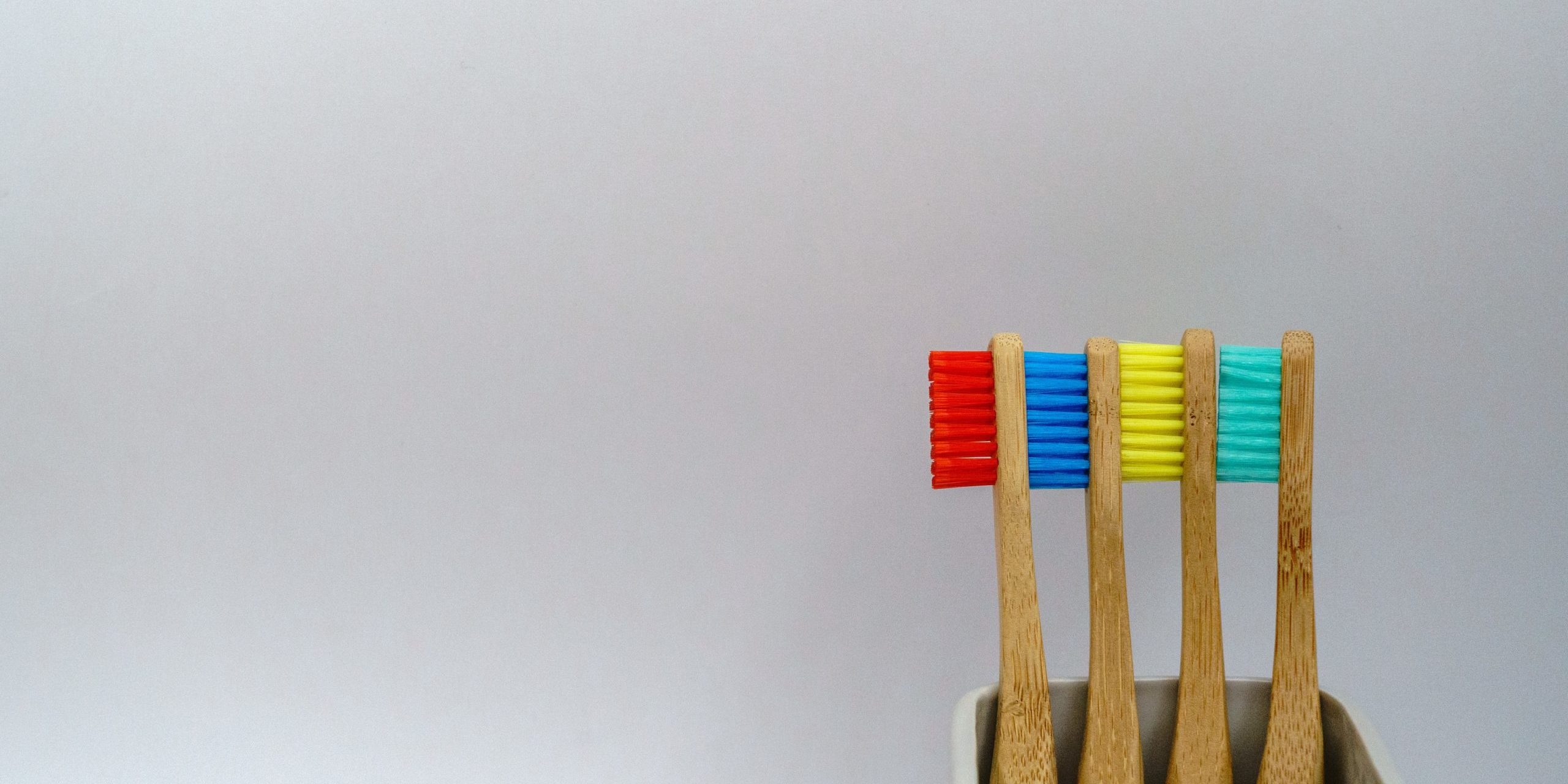 Cleaning with a brace.

Braces are great at straightening our teeth but they do act as a barrier to brushing them.  This means that your teeth and gums are more susceptible to problems while treatment is going on, whatever kind of tooth movement is being carried out.

Treatments tend to involve either removable or fixed appliances.  Aligners are a kind of removable brace that work far better when attachments are placed on the teeth.  The attachments or fixed components can all act as barriers to brushing, either because the teeth become achy, or just the physical barrier to cleaning.

The effect can be a build up of plaque, a soft material containing billions of bacteria, that can cause damage to our teeth and gums.

So cleaning the teeth and gums (yes your teeth are attached to your gums, so they can become unhealthy if not kept clean) is important for keeping your mouth healthy.  Simple use of a tooth brush with a fluoride containing toothpaste is a good start.  The companies that make good brushes tend to be better know, such as Oral B and Sensodyne although there are other makes that we can advise on too.  Cleaning should be carried out for a minimum of two minutes, so with a brace on, you may need to spend longer.  The normal brush can work well and if you use an electric tooth brush, particularly if this uses an App, these can help you to brush better.

It is worth trying not to scour the surface of the brace itself, this is less effective at cleaning your teeth but can cause the ties to come off your brace.

You orthodontist can check your gums and will mention it if you need to work harder and also where to do this.  It is worth being systematic, rather than random.  Clean the outside surface of all your teeth, then the inside surface and then the biting surface.  This way you can be sure you are not missing anywhere.  Look at your teeth, to see what is happening.  If gums bleed, this is a sign that you have a problem and need to work more with the brush in these areas.  You can also brush your tongue too!  Do keep seeing your own dentist if having orthodontic treatment.

Some brushes will have a second head, with a tuft which can be useful for getting bits out from around the fixed brace, after eating.

Electric toothbrushes are becoming better designed.  Smart toothbrushes which use an App, actually have been shown to improve cleaning more than any other brush.  If you gums are puffy or red, they are usually not as healthy.  If they are a pinker colour, they are healthy, especially if there is no bleeding when doing lots of brushing.

Flossing can be carried out too, if you have aligners, there should be no problem.  With fixed braces the wire gets in the way, so super floss can be much easier to use.  Ask your orthodontist about this.

Interspace brushes are also very useful because they will help you to clean in the spaces between your teeth as well as under the wires on a fixed brace.

Finally mouthwash:  This is a useful adjunct to cleaning but a few words of warning. It cannot replace brushing and should only be used as part of a good brushing regime.  I often feel that the toothpaste froth can act like a mouthwash.  Think of your teeth like they have developed grease, like on a cooker.  Scrubbing the grease like plaque off, is better than chucking a bucket of water at the teeth.  A mouthwash can be used at other times of day, such as after a meal or a freshener before going out.  A fluoride mouthwash is always a better option.

We know that fluoride works but just don’t swallow any mouthwash or toothpaste.  There is more fluoride in tea than there is in tap water, even in fluoridated areas like Birmingham.

Aligners are best kept clean using products such as Bracemate, or Invisalign’s Proprietary cleaning agent, or Retainer Brite.  Again, ask at the desk or your orthodontist or therapist, or nurse or TCO, if you need more advice.  We are all here to help.

Photo by Nick Fewings on Unsplash